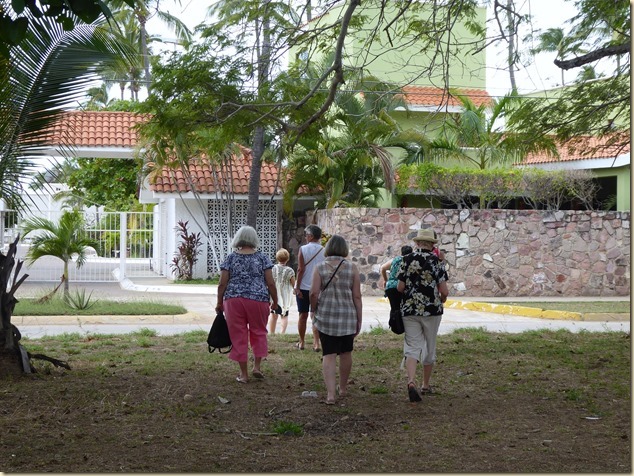 Heading across the street to catch the bus. 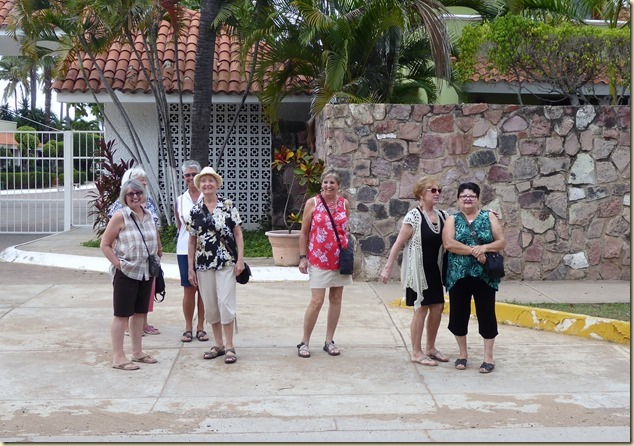 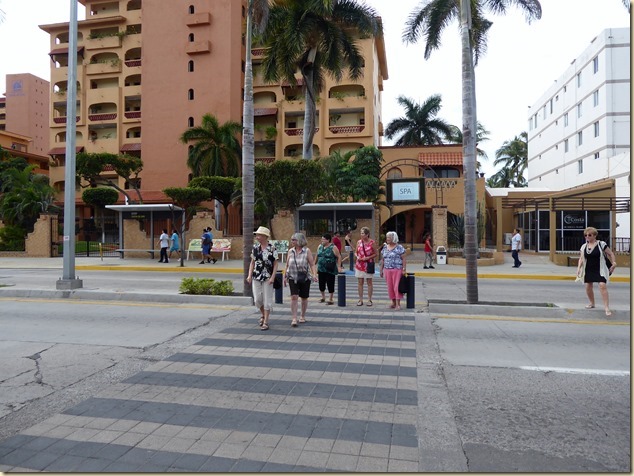 Heading across the street and you can see everyone is very careful.  A crosswalk in Mexico does not mean a thing.  A couple of weeks ago a Canadian was struck and killed crossing the street just down from the park (not in a crosswalk as there aren’t any out our way!) 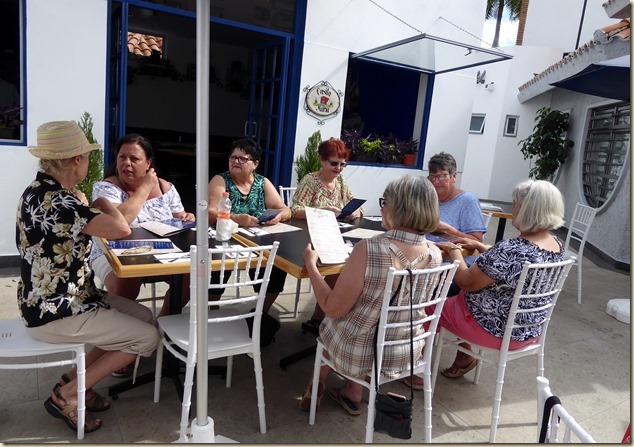 So here we are sitting outside at Casita Maria.  It is a small restaurant with some inside and some outside seating and I believe it has only been open a month or so. 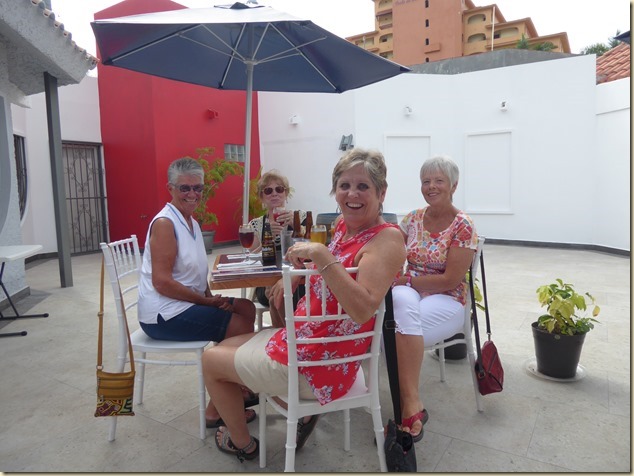 We broke up into two tables that’s Sue to the left, Ruth middle back, Cathy up front and…me.

To start we all ordered drinks from the north american waitress/manager.  She was funny, efficient and very helpful.  The young Mexican chef “Jaimie” came out to explain the menu to us before we ordered. 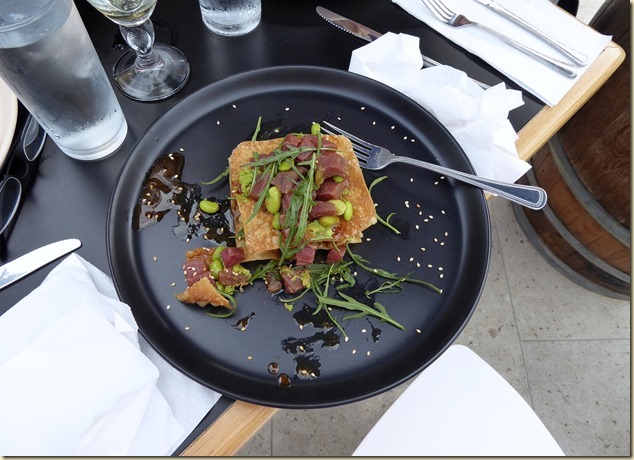 The meals were quickly served and I had started eating lunch before I remembered to start taking pictures.  This is my tuna tower with the top tower missing as I’d already eaten it!  Tuna tower layered with wonton, avocado, edamame, soy sauce and arugula on the side.  I’ve had tuna like this before but this was by far the best I’ve eaten. 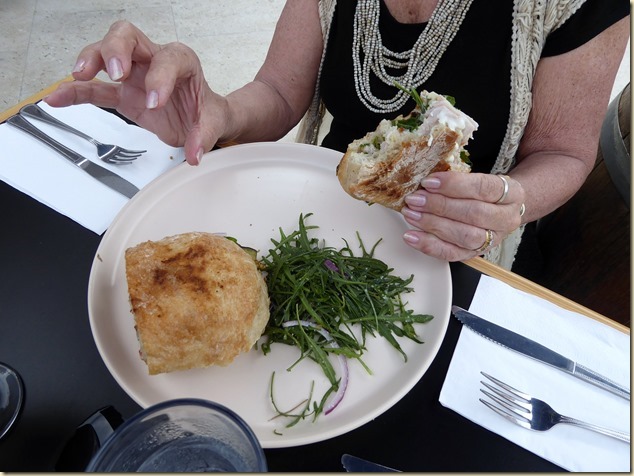 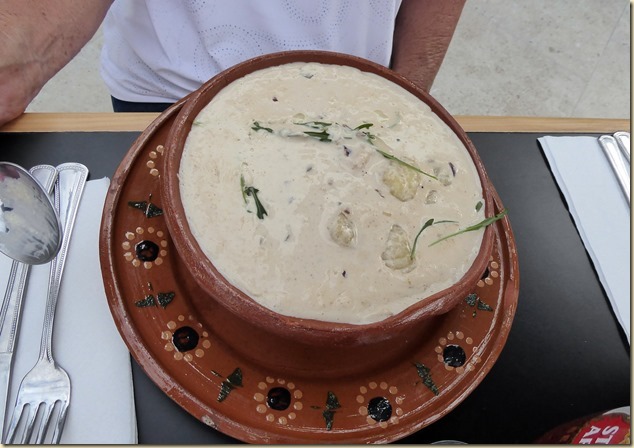 Sue’s shrimp saltado with gnocci in garlic parmesan cream sauce.  She asked for some bread which they brought and we all dipped and had a taste….delicious. 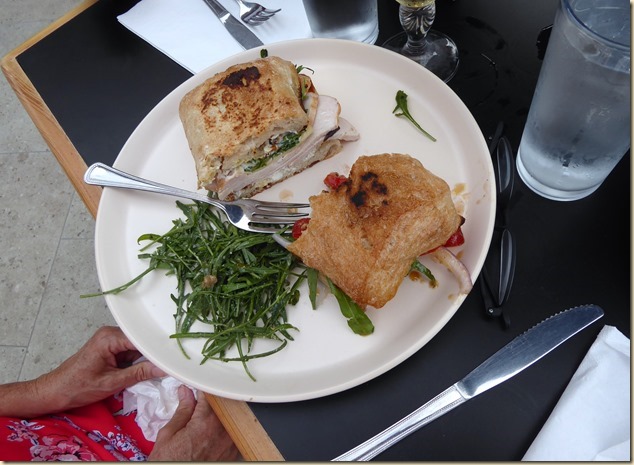 Italian sandwich with a variety of cold meats, mozzarella, dijon,red onions and arugula. 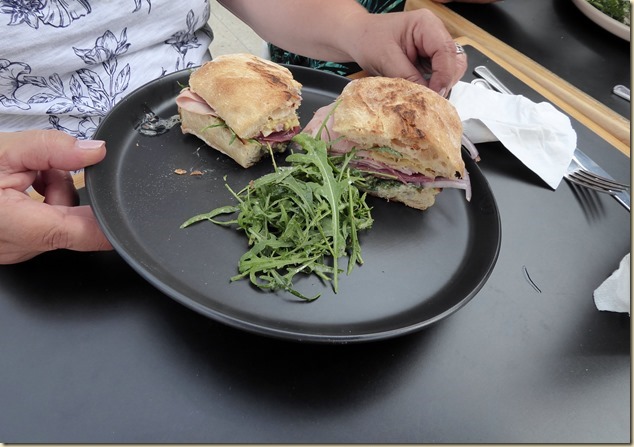 Looks good and it was. 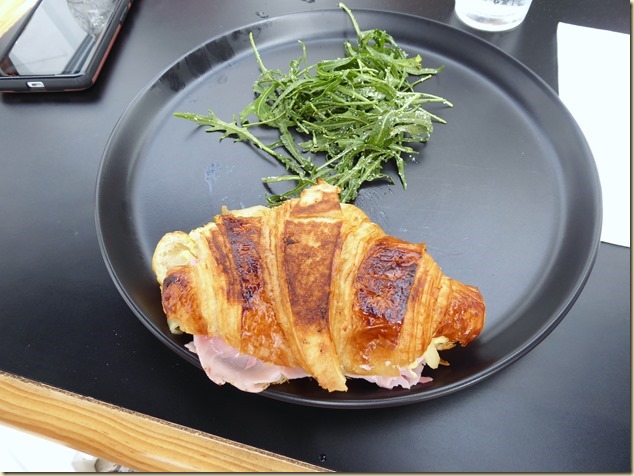 Croissant sandwich with ham and cheese. 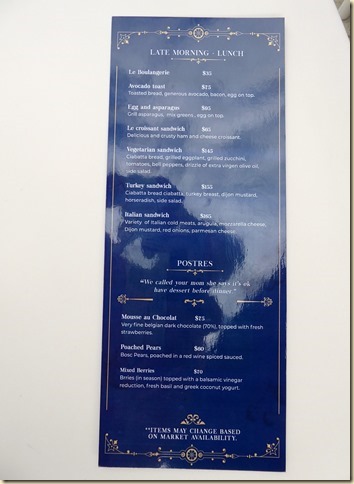 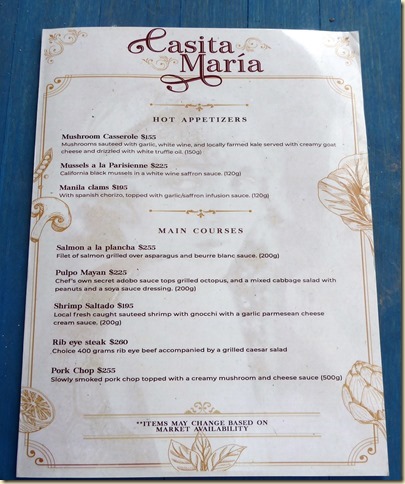 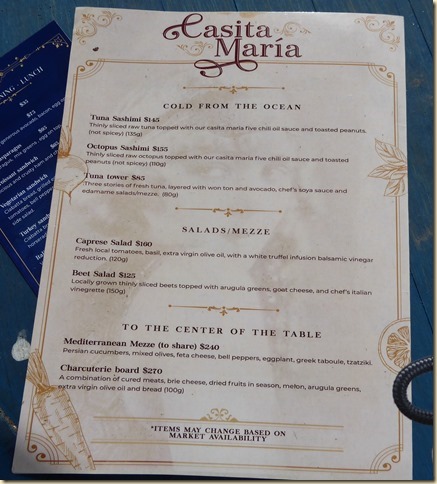 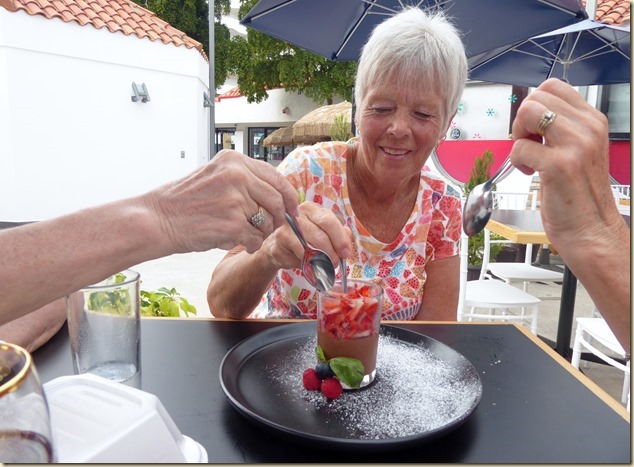 Everyone needs a treat after lunch….right?   I ordered chocolate mousse and we all shared.  Very good and although the waitress/manager said it was the best in Mazatlan I think that El Presidio’s was better.  Having said that this is a small new restaurant and to even come close to El Presidio is a challenge. 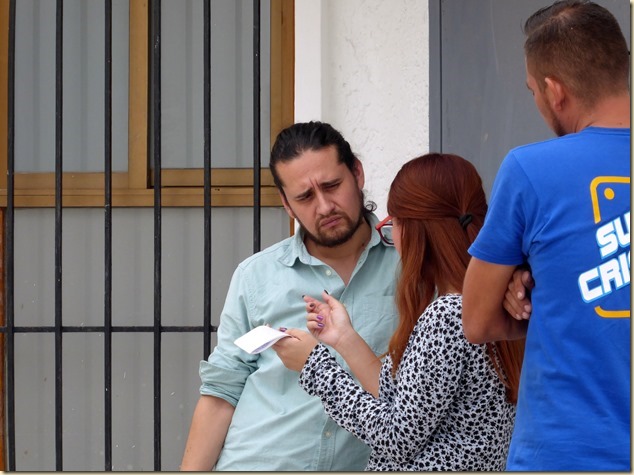 That is chef Jaimie in deep conversation.

So….this was a very large thumbs up!  Upscale cuisine at a more than reasonable prices from a new restaurant.  We were told that they are doing very well and that if you want the best rib eye steak in Mazatlan….drop by on a Saturday night.  If you want to be sure to get one….give them a phone call first.

Highly recommended any day of the week!