A quick trip to Jerome, Az

Yesterday was a stormy with thunder, lightning and just a plain nasty day.

Today it was nicer so Eric thought we should go for a drive and get fuel in preparation for tomorrow’s trip to Phoenix.

I didn’t bring my camera since I didn’t know we were going sight seeing so these pictures were taken on my little Iphone 4S and all in all they aren’t too bad.  We drove through the old town of Cottonwood and then on to Jerome.

Jerome is a town in the Black Hills of Yavapai County in the State of Arizona. Founded in the late 19th century on Cleopatra Hill overlooking the Verde Valley, it is more than 5,000 feet (1,500 m) above sea level. It is about 100 miles (160 km) north of Phoenixalong State Route 89A between Sedona and Prescott. Supported in its heyday by rich copper mines, it was home to more than 10,000 people in the 1920s. As of the 2010 census, its population was 444.[3]

The town owes its existence mainly to two ore bodies that formed about 1.75 billion years ago along a ring fault in the caldera of an undersea volcano. Tectonic plate movements, plate collisions, uplift, deposition, erosion, and other geologic processes eventually exposed the tip of one of the ore bodies and pushed the other close to the surface, both near Jerome. In the late 19th century, the United Verde Mine, developed by William A. Clark, extracted ore bearing copper, gold, silver, and other metals from the larger of the two. The United Verde Extension (UVX) Mine, owned by James Douglas, Jr., depended on the other huge deposit. In total, the copper deposits discovered in the vicinity of Jerome were among the richest ever found in any time or place.

Jerome made news in 1917, when strikes involving the Industrial Workers of the World (IWW) led to the expulsion at gunpoint of about 60 IWW members, who were loaded on a cattle car and shipped west. Production at the mines, always subject to fluctuations for various reasons, boomed during World War I, fell thereafter, rose again, then fell again during and after the Great Depression. As the ore deposits became exhausted, the mines closed, and the population dwindled to fewer than 100 by the mid-1950s. Efforts to save the town from oblivion succeeded when residents turned to tourism and retail sales. Jerome became aNational Historic Landmark in 1967. In the early 21st century, Jerome has art galleries, coffee houses, restaurants, wineries, and a state park and local museum devoted to mining history. 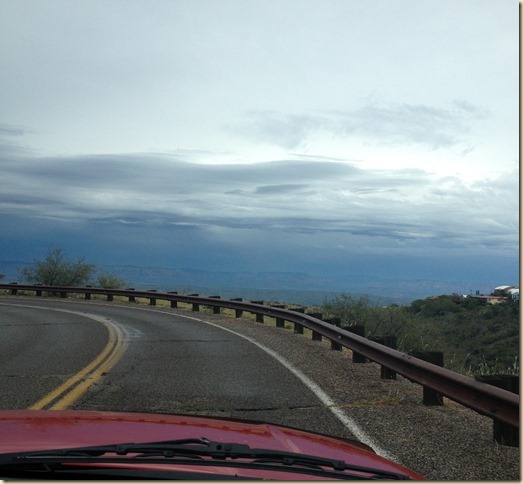 We are way up high. 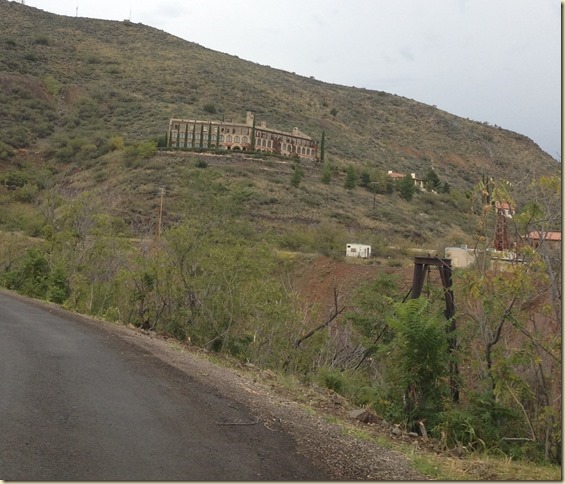 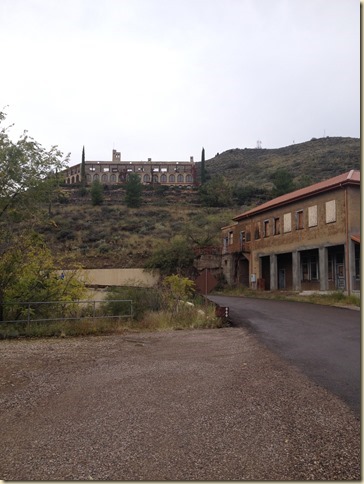 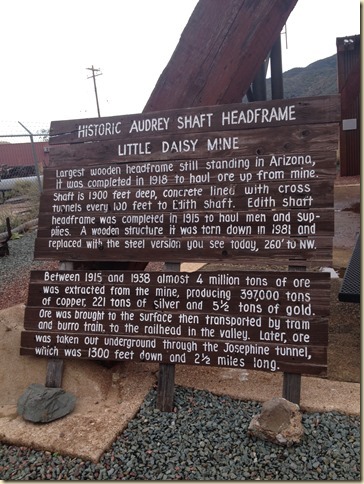 We had a look at some of the old mining equipment. 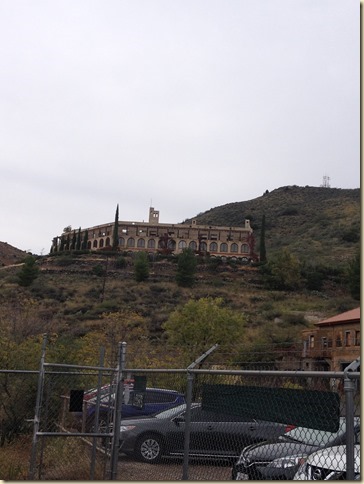 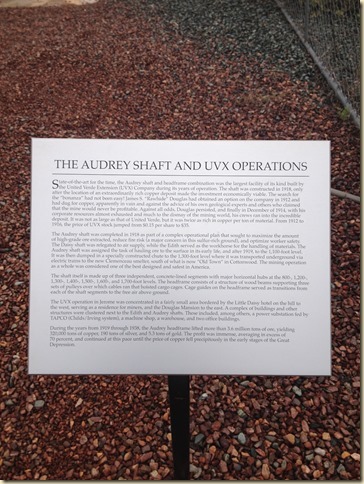 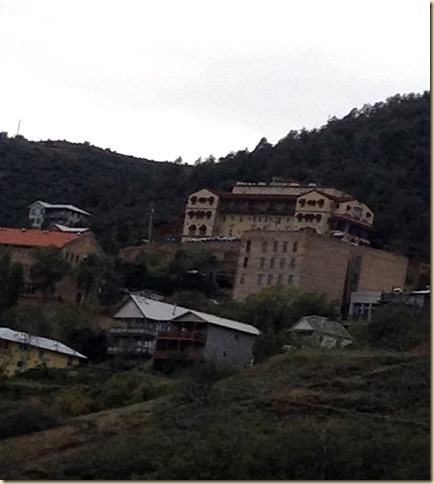 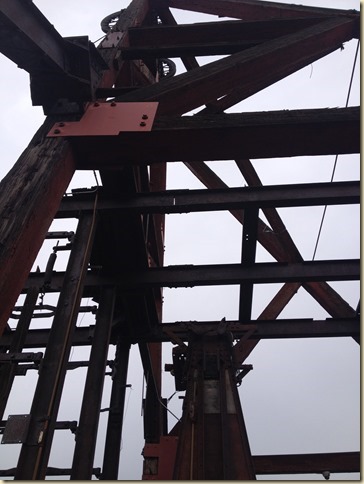 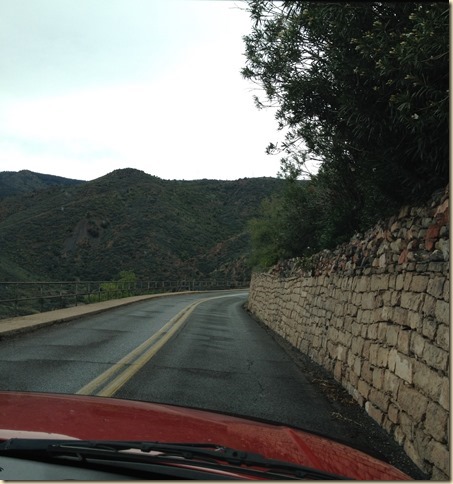 Onward up to Jerome. 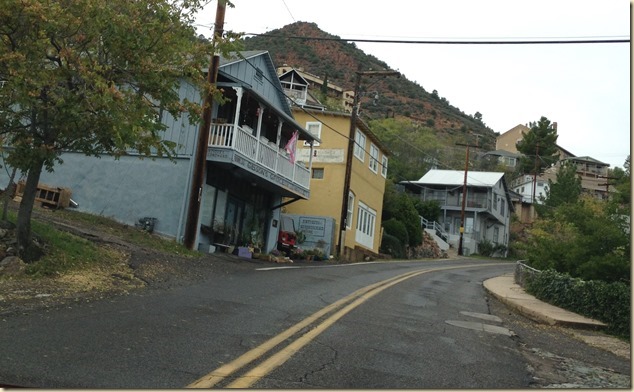 Steep road with houses perched along the cliffs. 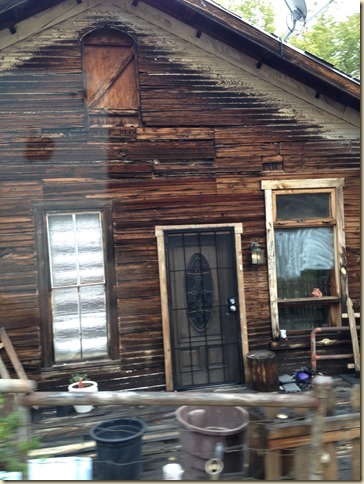 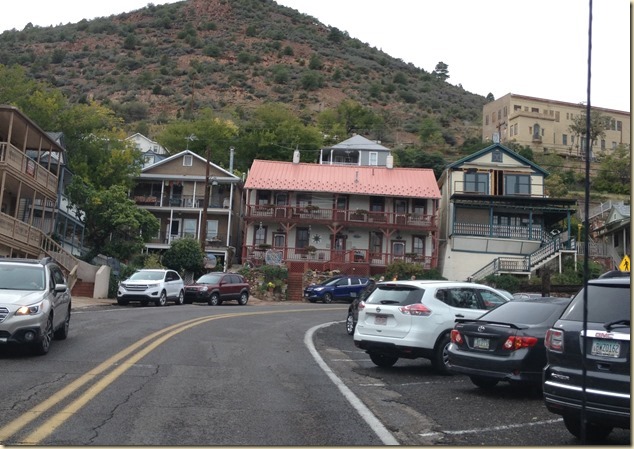 I wouldn’t want to drive these roads in the winter. 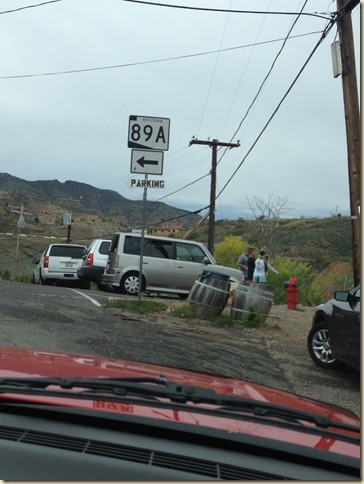 Top of town, turn left and head out. 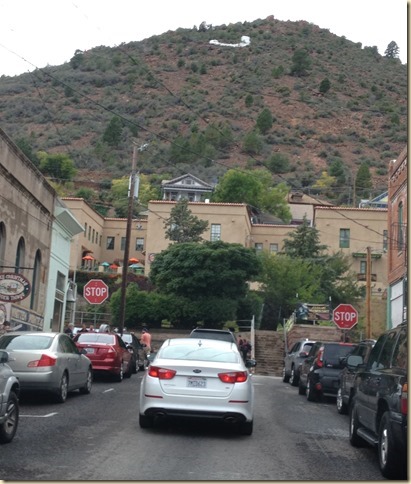 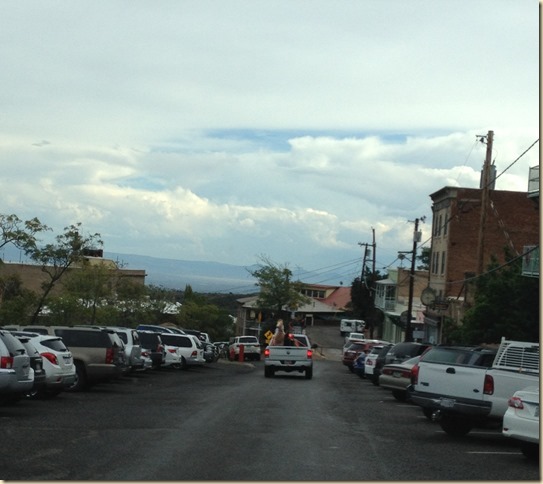 No where to park. 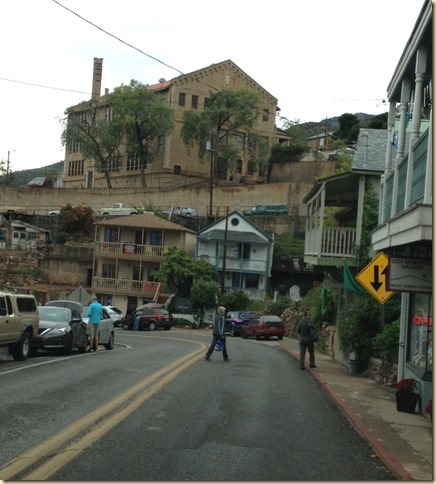 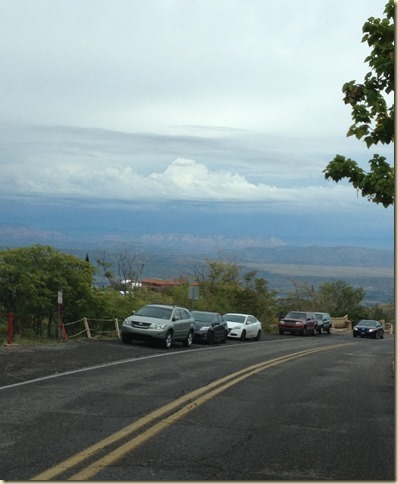 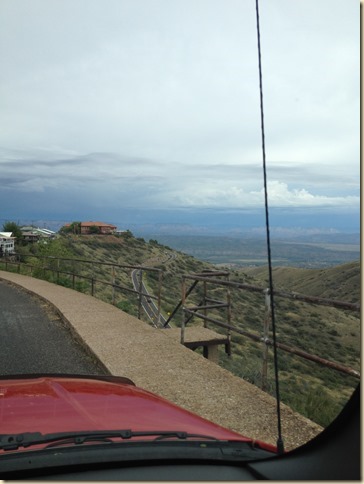 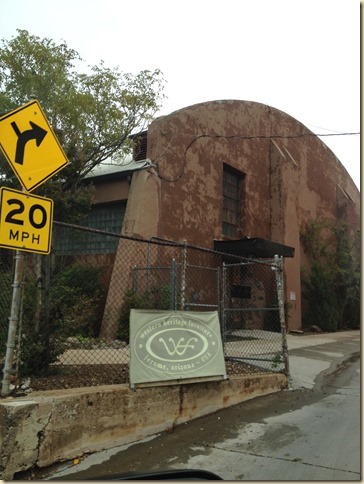 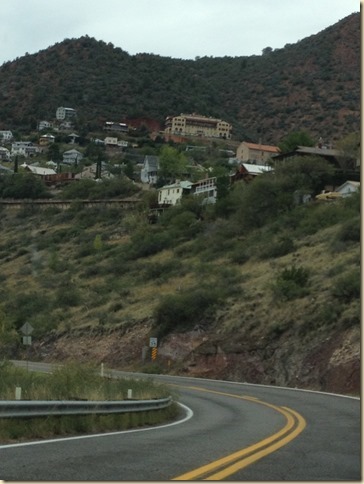 So that’s our tour of Jerome!  A nice afternoon drive but once again too many tourists for us.