Pat has a party for Reg's 75th birthday

Last Thursday at bingo Pat informed us that she was having a surprise 75th birthday party for Reg on Sunday.  This is the day that Eric and I go to the Angela Peralta for concerts so we decided to just hop off of the bus at the Trailer park on the way home and join in.  Marilyn and Dennis were with us too. 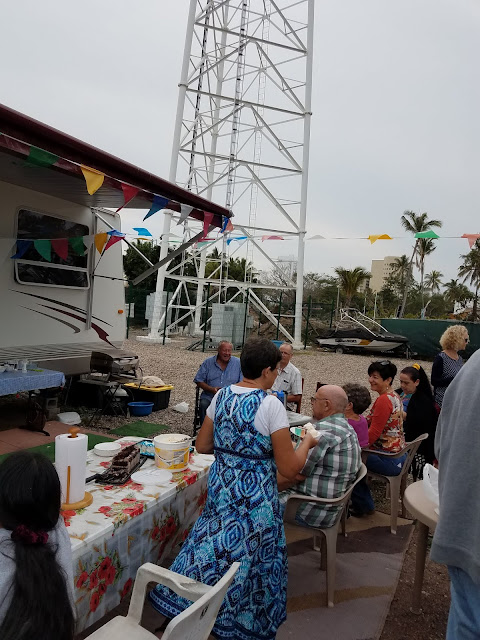 Pat and Reg's Mexican friends had arrived earlier in the afternoon and there were hot
dogs and cake set out. We had just eaten but I did take a couple of pieces of cake home for later. 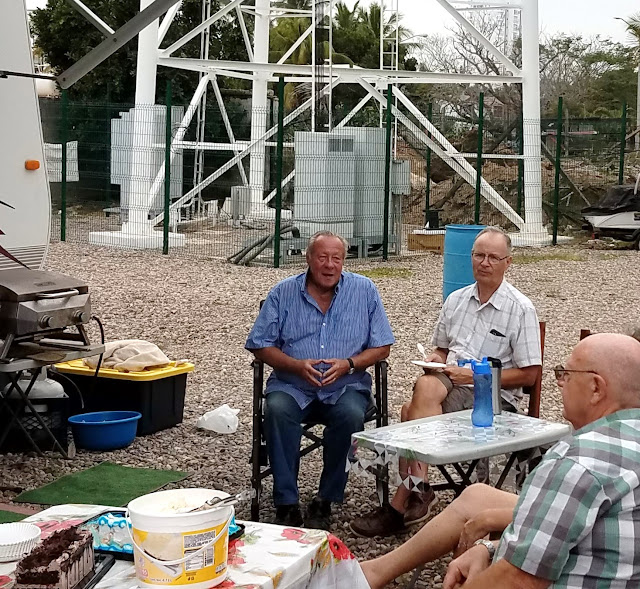 There's the birthday boy in blue.  Apparently he had no idea what was going on until Pat told him just before their friends arrived.  Good surprise Pat!  Happy Birthday Reg! 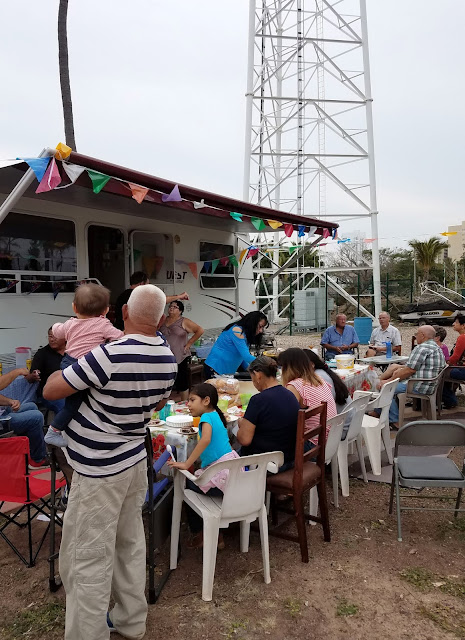 All the family was eating when we arrived. 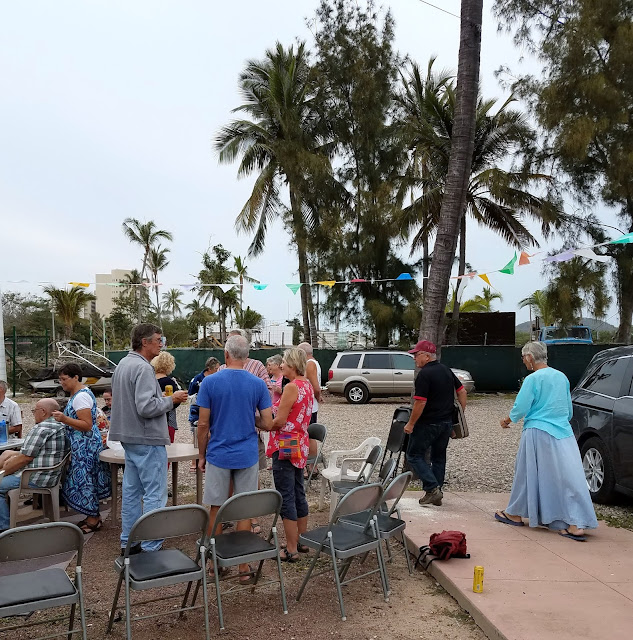 Quite of few of us showed up to join in the festivities.  You can see Eric talking to Doug and Cathy. 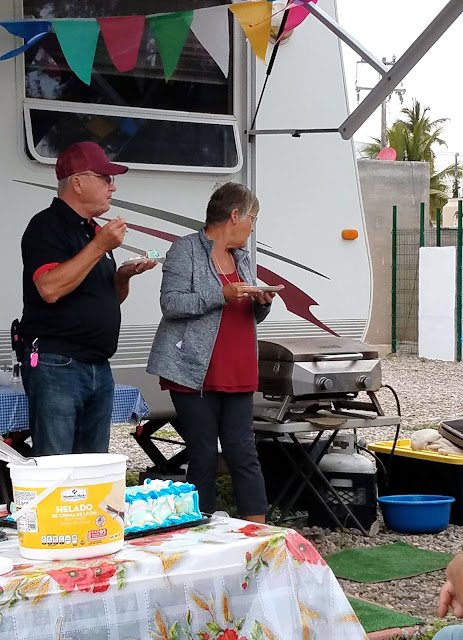 Marilyn and Dennis having dessert. 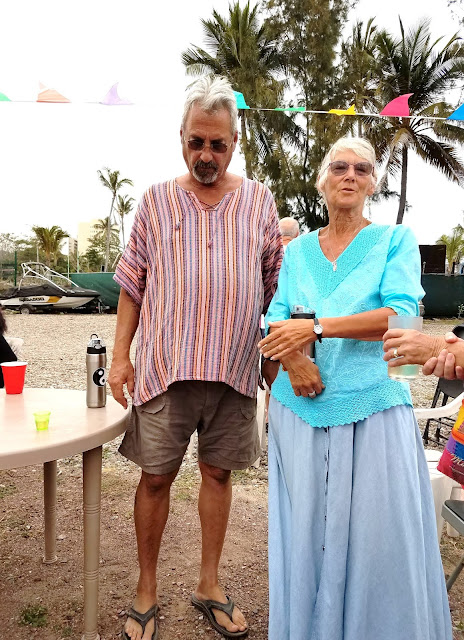 Hal and Helene were there too! 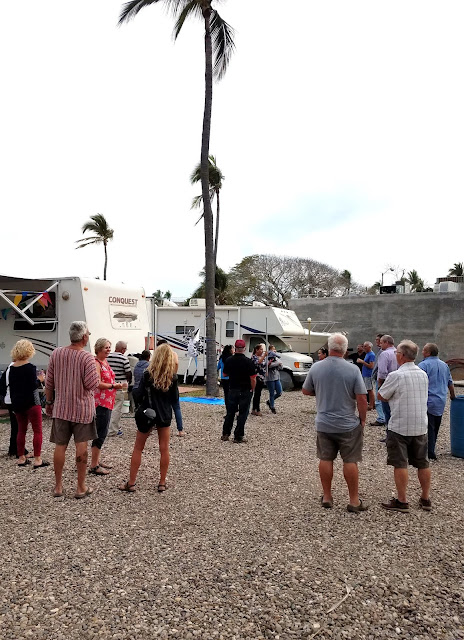 The crowd is watching the kids trying to beat Reg's Pinata to death!  They had blindfolds and big sticks but no one was successful. 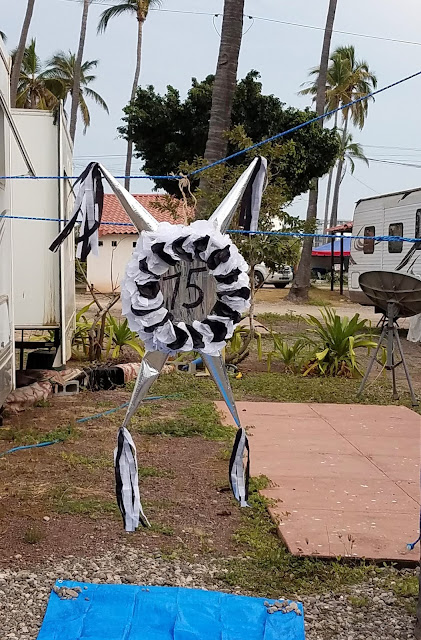 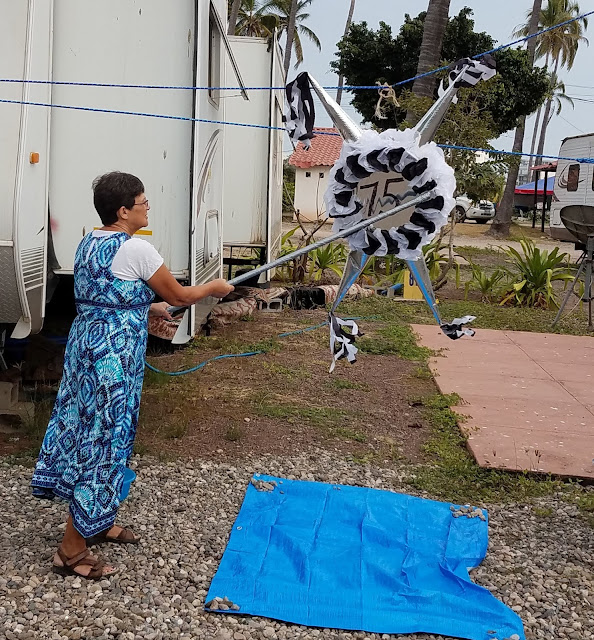 Pat's sister Marie had a go at it with no luck and in the end it was Pat herself who opened it up.  Then it was a free for all and the candy disappeared in short order.  A fun afternoon after a lovely concert and lunch in town.  Thanks Pat!
Posted by Kathy Tycho at 9:40 AM