It’s been busy here since we got home and one of the first orders of business was to remove some dead and dying trees.

I have a large perennial garden and these trees were right in the middle of it so it was a bit stressful for me to say the least.  However….Eric is very careful and in the end there wasn’t much damage at all. 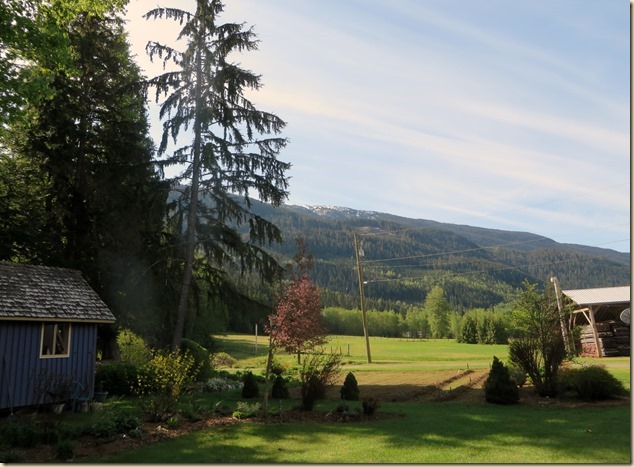 Yesterday when I was out Eric had already fallen one of the trees that was adjoined to this one and another dead one behind my garden shed.  Today there were two more to go. 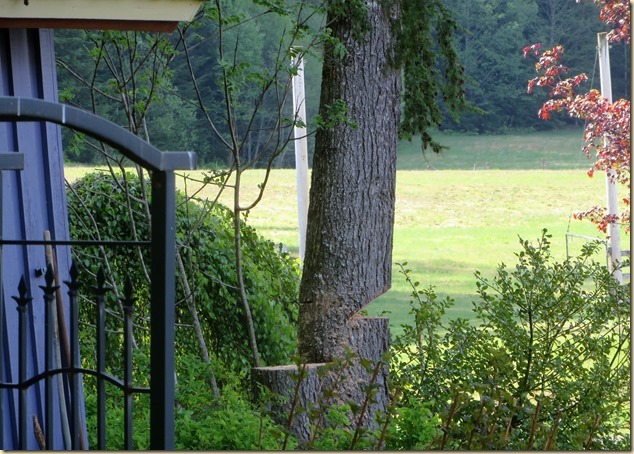 First the undercut.  He also has a line attatched to it from the logging arch on the back of his Kubota tractor.  That way he can get it to fall very accurately. 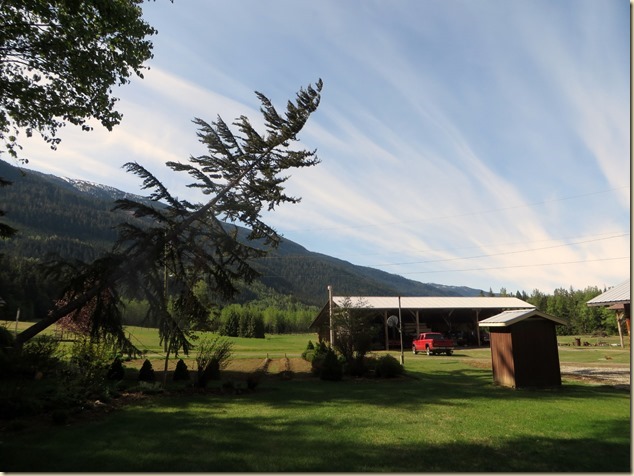 It’s heading straight for the shrub border but Eric managed to slide it between two small bushes and it only damaged a small red maple a little bit. 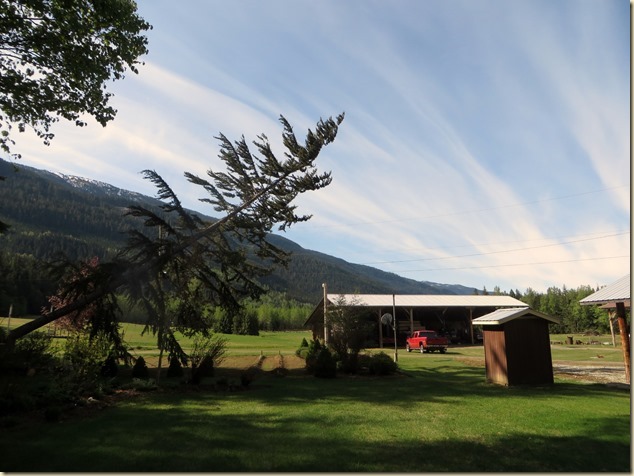 After this one went down we cleaned it up before starting on the next one.  I should have taken more pictures but I was busy.  Eric limbed it and we piled the branches on the grapple which is on the front of the tractor and then they went out to the burning pile in the field.  Next he bucked up the trunk and picked up the big pieces with the grapple and they went onto the burning pile as well. 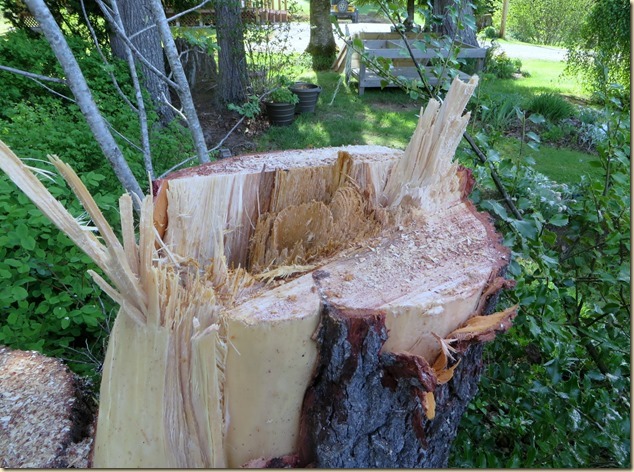 Ordinarily he would saw up the wood on his bandsaw mill but….the tree was rotten and no good for anything.

Next it was another dying hemlock right behind this one and now we are done for the year.    Well may we’ll thin a few out in front of the house but that will wait a bit.

Later that day Eric saw an odd sight out in the field. We have Canada geese around right now and they come and go in one’s, two’s, threes and more. 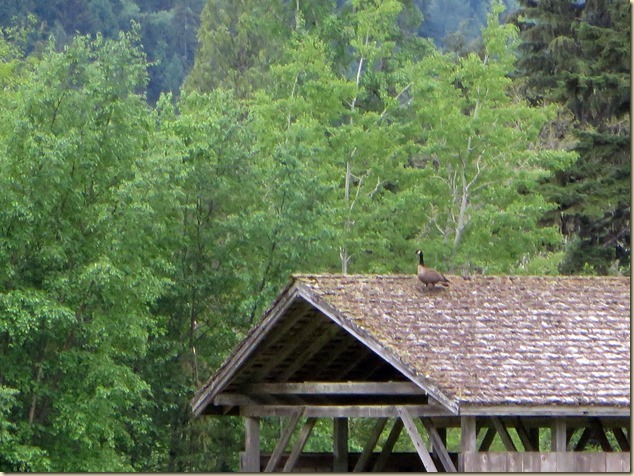 This barn is way out in the middle of the field and this goose must think he’s a robin or something.  In all the years that geese have been coming here we’ve never seen one on a roof.  Very odd but definitely a good look-out point!  The coyote won’t get this one. 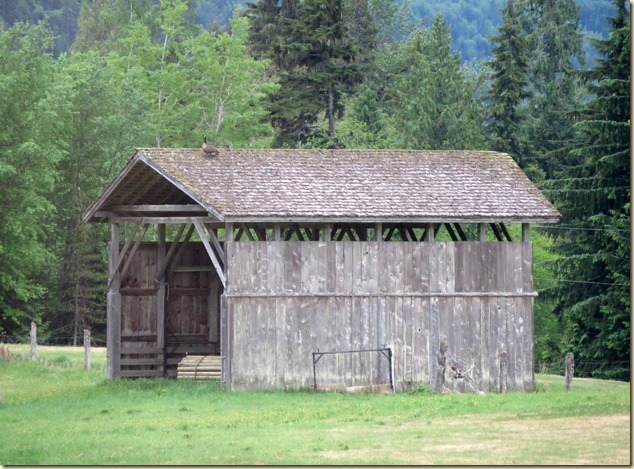 His mate is down beside the barn grazing.

And for dinner tonight…. 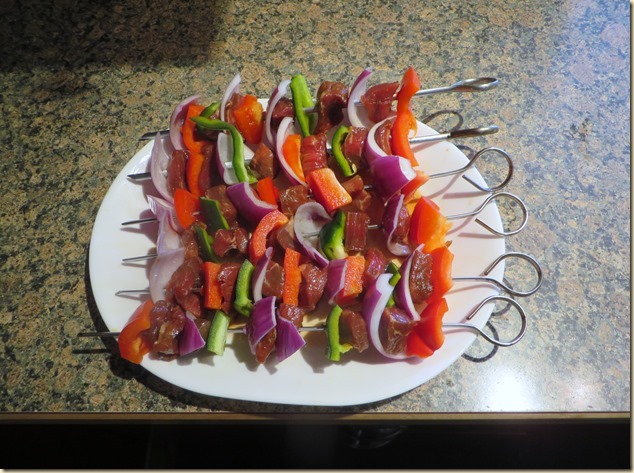 …beef shish ke bobs.   So colorful I just had to take a picture.

Another day in the life of the Tycho’s at home in Terrace!